Insipiron 7720 now won't work properly unless the charger is plugged in.

When booting without the charger, it BSODs very early in the boot sequence with SYSTEM_THREAD_EXCEPTION_NOT_HANDLED - What failed: iaStorAC.sys
When we plug it in it boots fine.

When running (Windows 10) if you remove the plug everything freezes.

Based on the iaStorAC.sys message, I have installed the latest Intel Smart Storage drivers but it's not helped.

I'm looking for ideas what's wrong and how to fix it

The battery isn't being charged so without a charger plugged in, the laptop is getting no power hence BSODs.

1.  Try another Dell OEM adapter.  If it's not recognized either,

If that doesn't get the adapter recognized, the charge circuit on the mainboard is bad.  It's up to you whether a mainboard replacement is worth the cost;  on an 8-year old system, my assessment would be that it is not.

3.  If it is worth the repair, the mainboard replacement will be at least a couple of hundred dollars (assuming normal shop labor rates).

For the storage issue, run an extended (several hour) test on the hard drive. If it's original to the system, it's about three years beyond its design life and may have developed bad sectors.  F12 at powerup - do the selective tests and include a hard drive surface scan. 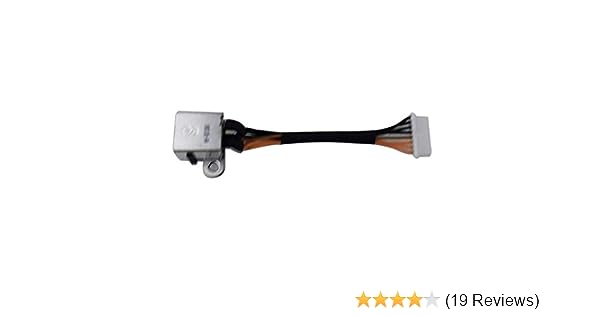 Update: After I originally posted, there are further symptoms. When I first power up I get a warning message before the Dell logo appears about a problem with the charger. I can press F1 to continue. It now always takes 2 attempts to start. The first attempt will sit at the Dell logo and do nothing more. Press and hold the power button to shut down and it will then start normally. I have now purchased a new charger. This gets rid of the warning when I power up, and is now recognised by Windows. It confirms the battery is charging - so that is a step forward. It hasn't solved the other problems though, these being: 1. It takes 2 attempts to boot up 2. If booting without the charger (new or old) attached it BSODs on iaStorAC.sys 3. After booting with the charger, if I unplug it the machine freezes, then reboots about 30 seconds later. n.b. The battery is showing as 83% and charging when I tested this. According to Windows the battery is healthy. Any more ideas?
0 Kudos
Share
Reply
Dell Support Resources