High school senior Courtney Wise fell in love with soccer at age three and played fiercely and competitively ever since she first set foot on the field.

But one club soccer game during her eighth grade season four years ago would change the course of her life.

“I was going for a header, and I bumped shoulders with another player,” she said. “My feet swept from under me, and I hit the back of my head – hard – when I landed.” She got back in the game, saying she felt fine and without any symptoms of injury or pain. Her mom, Deanna, said it was her style – to keep going.

“I’d see these other parents pushing their kids to keep going – to get out there and play,” said her mom, “but with Courtney, this drive came entirely from her. We could not keep her away from soccer.”

It wasn’t until the next day when Wise called her parents from school to tell them she couldn’t concentrate, the lights were bothering her and she felt sick, that they all realized something was wrong. She ended up in the hospital emergency room with a concussion diagnosis, and after testing, was sent home to let her brain heal.

She stayed home from school for a couple of days — avoiding excessive light and stimulation to her brain. And, when she went back to school — to the teachers, students and coaches, outwardly she looked fine. No cast as with a broken arm. No stitches as with an outward injury. So, at school, her teachers, coaches and even her fellow students didn’t have an understanding of what had happened to her brain.

For Wise to understand it herself? “I went home and Googled ‘concussion’,” she said. That was the extent of information available to student athletes then.

“Honestly before I got (this concussion), it wasn’t something I thought about or was educated about,” Wise said. “I knew it was a risk factor, but I don’t think coaches or parents stress the dangers enough.”

Wise would continue her successful soccer play at the club level — but not before having another five concussions.

It was after the third concussion that her mom found Dr. Javier Cárdenas — a neurologist and one of the nation’s leading concussion experts and director of the Concussion and Brain Injury Center at Barrow Neurological Institute at St. Joseph Hospital and Medical Center – part of the Dignity Health network. He treated her concussions and would soon enlist Wise in something bigger than the both of them.

Cárdenas, the son of community activists and a former teacher, was raised not only to empathize but to act when he sensed a problem he could remedy.

Long before Wise walked into his exam room, there was another patient — the start of this “something bigger” — a patient who would change the course of his life as a physician.

This 14-year-old patient arrived in St. Joseph’s ER after having a bad ATV accident. She had a severe brain injury and was forever impaired.

Dr. Cárdenas said he asked himself, “What could I have done to prevent this from happening?” — looking beyond only the one time treatment of the patient in front of him.

“From one moment to the next, she went from having a normal and unblemished experience as a child, to a very abnormal and challenging childhood because of an accident that could have been prevented,” he said. “I learned that kids make up 14 percent of the ridership of ATVs, but they also make up 40 percent of the injury rate. I asked myself, ‘What if we did something to prevent this – either by helmet laws, seat belts, changing things on a policy level to prevent significant injury to the brain like Emily had?’”

In 2009, Dr. Cárdenas started to work on the awareness and education part of concussion injuries — long before the heightened concussion injury came into the national spotlight with the National Football League. He wanted to do something to prevent this for this growing and urgent issue of sports-related concussions among young athletes. (More than 300,000 of the nation’s 8 million high school athletes suffer concussions annually.)

With the Barrow team, he created the Barrow Concussion and Brain Injury Center — the first interdisciplinary approach to traumatic brain injury — enlisting specialties including neurology, neuropsychology, neuropsychiatry, social work and a host of therapists from PT to speech therapy, to examine what could be done to prevent concussions from happening in the first place. The Arizona Interscholastic Association governing high school athletics contacted him not long after to ask him what could be done to address concussions at the high school level. Being a teacher at heart, he saw a big area for opportunity in concussion prevention: educating the high school athlete. He created the Barrow Brainbook that teaches high school student athletes in Arizona about concussions and requires them to pass a test before they can play.

Courtney Wise became one of his ambassadors for this initiative by sharing her video story which helped spread the Barrow Brainbook message.

“Barrow Brainbook was an immediate success,” he said. “Over 300,000 student athletes have completed the education module. And, the day after we launched it, we heard from parents, ‘This is fantastic for my HS student. But what about my eight year old middle schooler playing soccer?”

Cárdenas and team launched Barrow Brainball: A concussion education video game. And, they’ve layered more and more into their program — including baseline concussion testing, a tele-concussion program where athletic trainers throughout the state can consult specialists to get advice and administer concussion testing themselves.

“It would have been really great to have had this when Courtney was in school experiencing her concussions — to have this awareness,” said Wise’s mother. “It’s not just from the healthcare/physician side, but creating awareness and education about concussion risks with the student athletes and the teachers.”

“I gave my body up on every play,” said Wise. “When players first start playing, they really should be educated about these risks. It’s not something the coaches were talking about and we, as players, were just focused on playing.”

What’s ahead to reach more high school athletes, their coaches, teachers and parents?

“Dignity Health Foundation is now asking us to bring Barrow Brainbook to California,” Cárdenas said. “Technology is necessary for us to deliver this kind of service more broadly — to the entire state … everywhere … if they’re in a rural area — or if they have to travel long distances — technology allows us to get this program to all who need it.”

That’s where our team comes in. We’re brainstorming with Dr. Cárdenas and his team (as part of our work each day with our valued customer Dignity Health where Courtney’s mom Deanna is EVP & CIO) to use our lessons learned on similar projects to come up with technology services that might just help the next high school athlete, the next Courtney Wise — avoid injury.

It’s gratifying work and quite personal to me. My own 16-year-old son, a hockey player, suffered two concussions. And, I would have loved Barrow Brainbook for him then as it could have prevented the traumatic injury to his brain.

Like his doctor told him then, you do what you need to do to prevent concussions happening again — even if it’s removing yourself from the sport you love, saying “ … After all, you only have one brain.”

And what about Courtney Wise who lived for soccer each day of her life for 13 years?

She removed herself from the field to protect her brain, but she (just like Dr. Cárdenas before her) will use her experience for that “something bigger.”

When she graduates from high school this year, her sights are set on a career in nursing where she can tell her personal story to patients and help others prevent concussion injury — bringing to life Dignity Health’s Hello humankindness in the work she’ll do each day.

Click here to learn more about Courtney, Dr. Cárdenas and how you can help Barrow Brainbook grow to champion the safety of our nation’s student athletes.

About the Author: Gigi Shamsy Raye 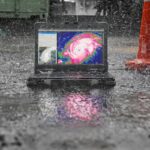 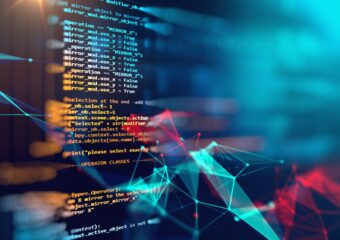 Digital Transformation
Equipping Our Developers Inside Dell With Application Intelligence
May 26, 2022Marcio Lena

Features
The Athlete and the Brain Behind Barrow Brainbook
Oct 6, 2016Gigi Shamsy Raye