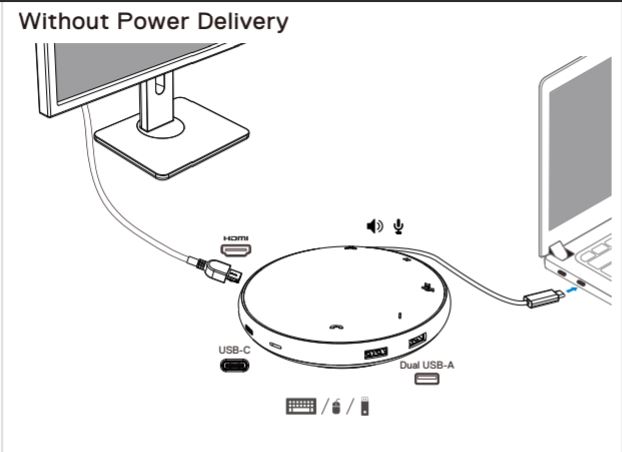 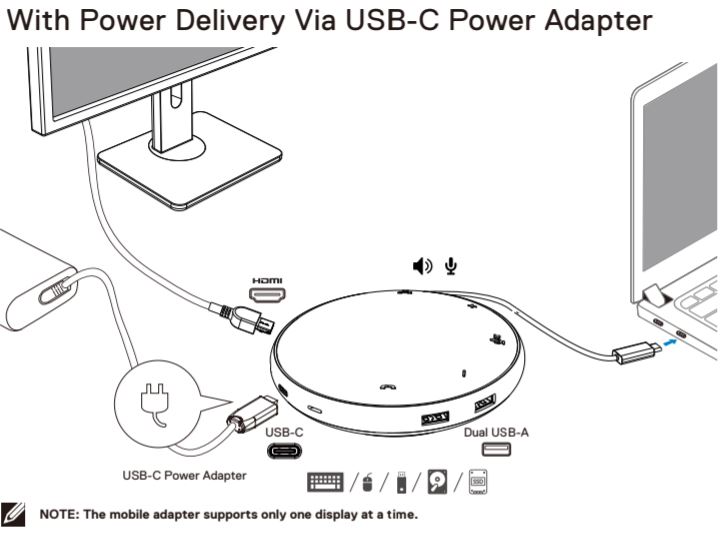 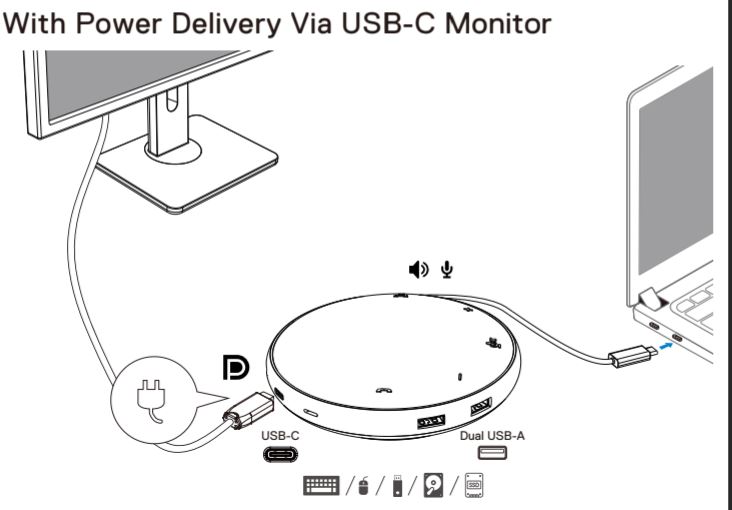 Note: The Dell Speakerphone with Multiport Adapter - MH3021P can only output a maximum of 90w to the computer. If the computer requires 130w, it needs a 130w adapter that is connected to the computer, or the battery drains during usage.