This article provides the information on "Troubleshooting a Dell Venue 11 Pro 5130/713x/7140 tablet that does not charge".

Summary: This article provides the information on "Troubleshooting a Dell Venue 11 Pro 5130/713x/7140 tablet that does not charge".

You may encounter an issue where a Venue 11 Pro 5130/713x/7140 tablet does not charge. There are multiple possible causes including the AC Adapter, the USB to micro USB charge cable and the tablet that may cause the battery not to charge correctly.

Note: While a 3rd party AC adapter with a Micro-USB connection will connect to the tablet, most have only a 5 to 10 watt capability. The Venue 11 Pro 5130/713x/7140 requires a 23 watt AC adapter to charge at a normal rate. Using the Dell AC adapter and Micro-USB cable that shipped with the system is strongly recommended. Other adapters may charge the device but only in trickle mode (this can take up to 24 hours to charge the device when in an off state. If the tablet is on, trickle charge will likely not be sufficient to prevent battery discharge, even with the 3rd party adapter attached). 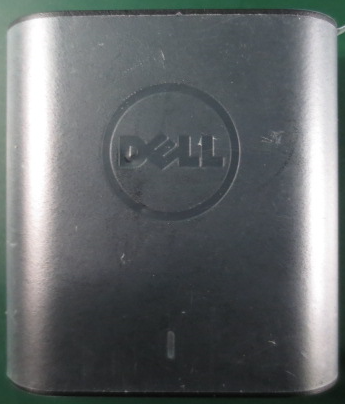 Once you have confirmed that the Dell Venue AC power adapter and Micro-USB cable are being used, if the charging issue still exists, troubleshoot the system per the steps listed below:

If you have the assets available, the best way to troubleshoot this issue is to setup a test station with a known good tablet, AC power adapter and Micro-USB cable.

Once you have determined which component has failed, (The AC Power adapter, the Micro-USB cable, or a internal failure of the tablet), then you can contact Dell support for service.