In our recent blog of DellEMC Ready Solution for HPC Lustre Storage, we introduced the refrence architecture of the solution using DellEMC PowerVault ME4084 storage arrays and presented performance characterization of the same. This original "base configuration" depicts how four PowerVault ME4084 arrays could be attached to a pair of DellEMC PowerEdge R740 servers used as an Object Storage Server pair. To cater to a wider range of performance and capacity requirements, we are now introducing flexibilty to this configuration.

This blog describes how to implement and scale the Lustre configuration in samller increments by using fewer than four fully populated ME4084 arrays.. These configurations can scale both in performance as well as capacity. For these flexible base configurations as well as scaled up configurations we have a single management server R640 used to run the Integrated Manager for Lustre web interface GUI , and a single Metadata Server ( MDS )  pair, a pair of PowerEdge R740s attached to a single ME4024 array.

The metadata and object storage components of the Ready Soultion for Lustre can scale independently. The medata component as introduced in the initial blog already includes flexibility options like having a half-populated array with 12 drives - with a single MDT or a fully populated ME4024 array with 24 drives- with two MDTs in DNE. This metadata portion of the stack remains the same for all the below flexible and as scaled up configurations described in this blog.


The base configuration can now be consumed as a Small , Medium or Large model. The smallest of the three base configurations will have a single OSS pair , a pair of DellEMC PowerEdge R740s attached to a single fully-populated PowerVault ME4084 array shown in Figure 1 which is a Small Base Configuration. 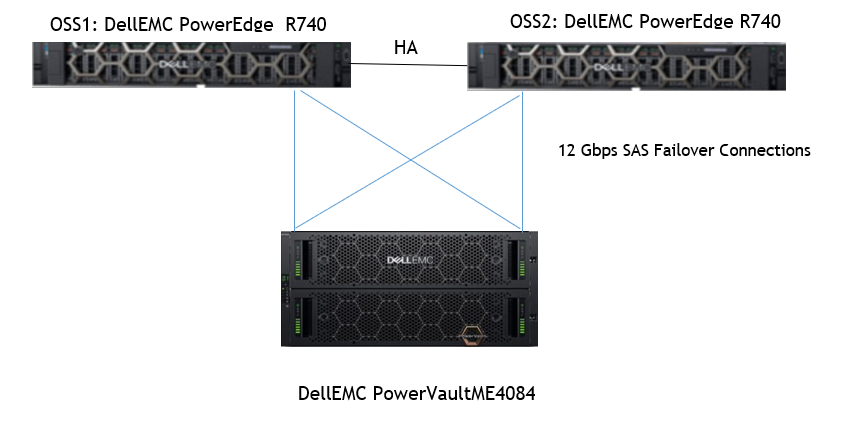 
The next size up is a Medium Base Configuration which has an OSS pair , a pair of R740s attached to two fully-populated ME4084 arrays as shown below in Figure 2. 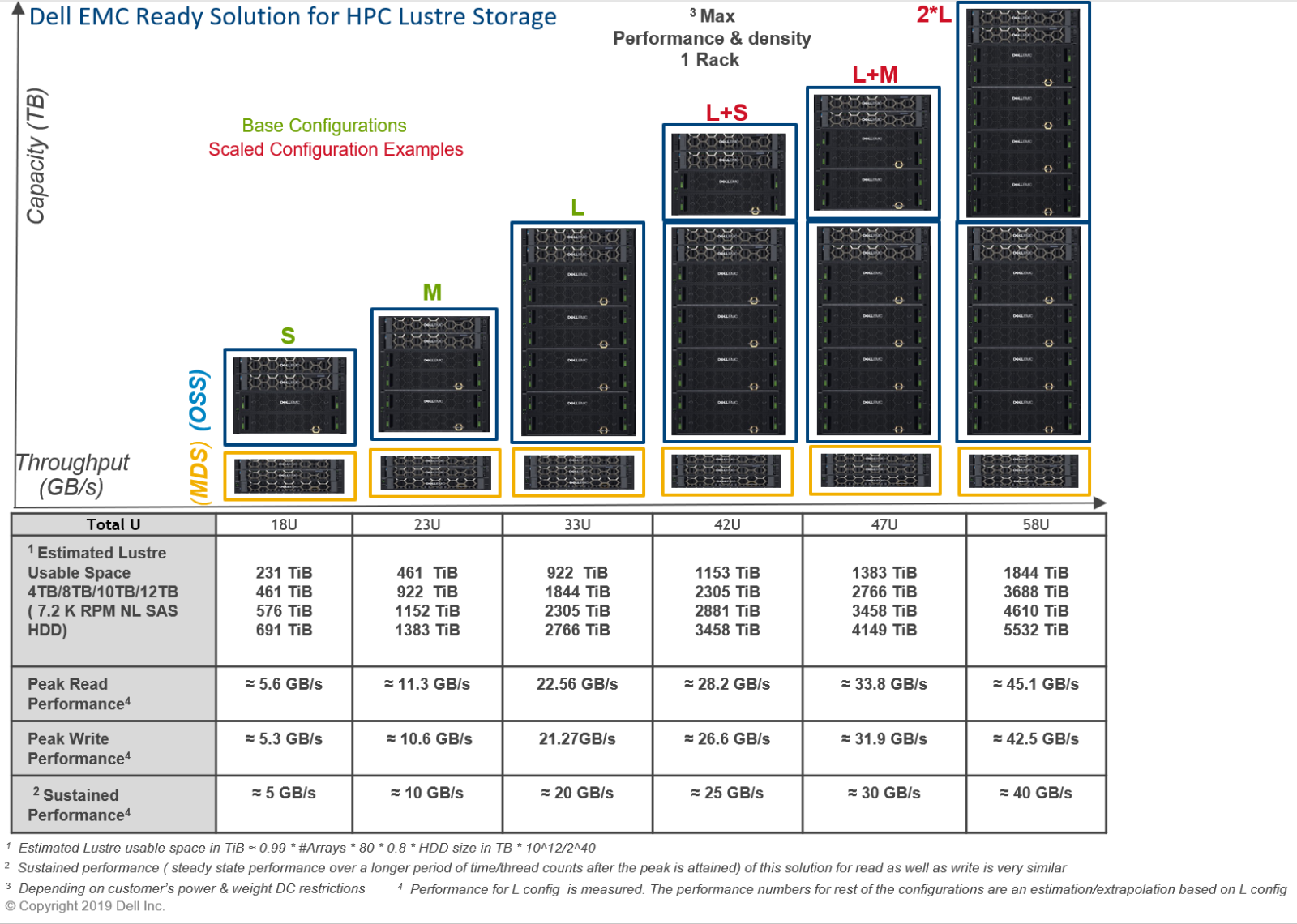 Figure 4 :  Base configurations and Scaling examples with projected performance and usable space


The performance has been measured and evaluated for the Large Base Configuration in Figure 3 and is described in detail in the initial blog . For the rest of configurations the performance numbers shown in Figure 4 are estimates or extrapolations based on the fact that scaling up is linear with additon of ME4084 arrays, and scaling down by removing arrays is assumed to be linear as well.

The sustained performance is the steady state performance of the solution stack over a longer period of time or for more thread counts after the saturation has been attained. The more conservative approach would be to consider the sustained performance to size a system rather than occasional peaks. But the peak performance of the system as such shows the maximum extent to which the system could be pushed in terms of performance or in other words the point where the performance hits the bottleneck and cannot grow any further. All these numbers shown assume minimized caching effects since they are based off of actual measurements from the Large Base Configuration which were performed by minimizing caching more details to be found in the initial blog .

The most accurate way to obtain the usable space with Lustre would be a real time monitoring of Lustre stats . The file system itself reports a result state by being aware of the number of available blocks instead of a pre-calculated value. There is no simple or accurate way to manually calculate the Lustre file system usable space ahead of time.  One of the ways to estimate usable space ahead of time is by assuming a fixed overhead from ldiskfs on top of the RADI6 usable space calculation . On the live system validated in the initial blog, the overhead from Lustre was found to be slightly less than 1%. Of course this overhead would change with different HDD sizes. Although not completely accurate, the 1% overhead could be conservatively assumed to be fairly consistent for large arrays sizes ( considering multi-TB range as large ) with different HDD sizes.

The usable space is calculated in TiB since most tools including IML show usable capacity in powers of two units. 0.99 is the factor considering  the 1% overhead from the file system. 80 is the number of HDDs per ME4084 excluding the hot spares . 0.8 is 80% of the RAID 6 ( 8 + 2 ) HDDs being the data drives ( the remaining 20% in the RAID volume are parity drives and are not taken into consideration for usable space ).  The last factor in the fomula 10^12/2^40 is to convert the usable space from TB to TiB.