VxRail: ESXi host shows as unresponsive in vCenter and the issue reoccur after reboot the host for several days

It may happen that some ESXi hosts show as unresponsive in vCenter. Rebooting the host may resolve the issue temporarily, however, after several day, the issue reoccur. This issue only happen on Dell PowerEdge 14G servers with iDRAC9.

In TSR log, message like,
2019-06-04 15:26:05 ISM0049 The iDRAC Service Module (iSM) is unable to communicate to the iDRAC because the client certificate is either unavailable or invalid. 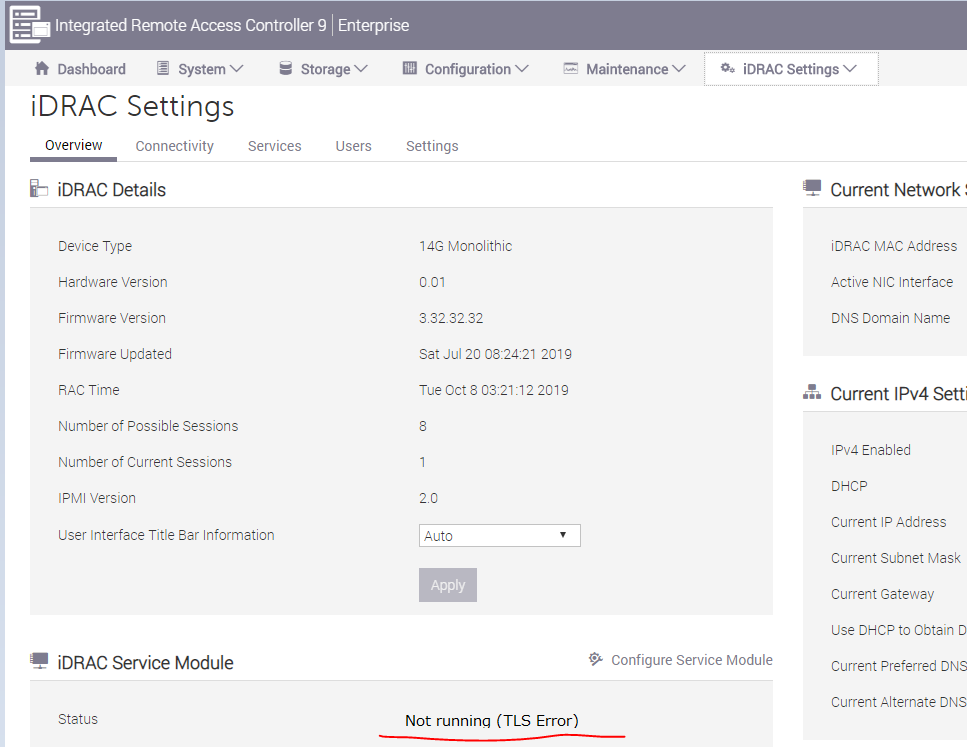 Dell Engineering has identified a scenario where a memory leak occurs if the iDRAC9 has not yet negotiated this secure TLS connection if iSM v3.4.0-1471 was installed or upgraded before iDRAC firmware was upgraded. The leak eventually also causes loss of kernel inode count because of a flood of temporary INI files created in /etc/dell.

Please note it is also possible to encounter this issue if the system board has been replaced due to hardware fault. This applies to nodes running 4.7.2xx [including 4.7.212 and future code]

Reboot ESXi host if it already shows as unresponsive in vCenter.

Reinstalling iSM can trigger the secure TLS channel to be renegotiated with iDRAC9 and resolve the issue from happening again.

If the system board has been replaced due to hardware failure, the above resolution steps also apply