How to troubleshoot Imaging Solutions available on your Dell computer.

Summary: Follow the guidelines in this article for troubleshooting Data Cloud for Imaging Solutions.

Dell Support has been troubleshooting customer image problems for quite some time to varying degrees of success. This article provides a better idea of what Dell Support will handle and what should go to paid services such as Image Management Services (IMS) or other third party imaging services.

Example of a top call driver

The Windows 7 ISO is booted to but is not able to detect storage hardware due to missing drivers in the boot image (the boot image must be prepared before being used): (See Figures 1 & 2) 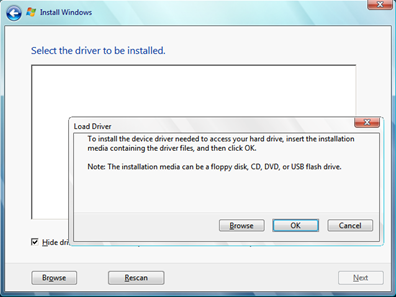 What caused Windows 7 installs to fail on Skylake systems? 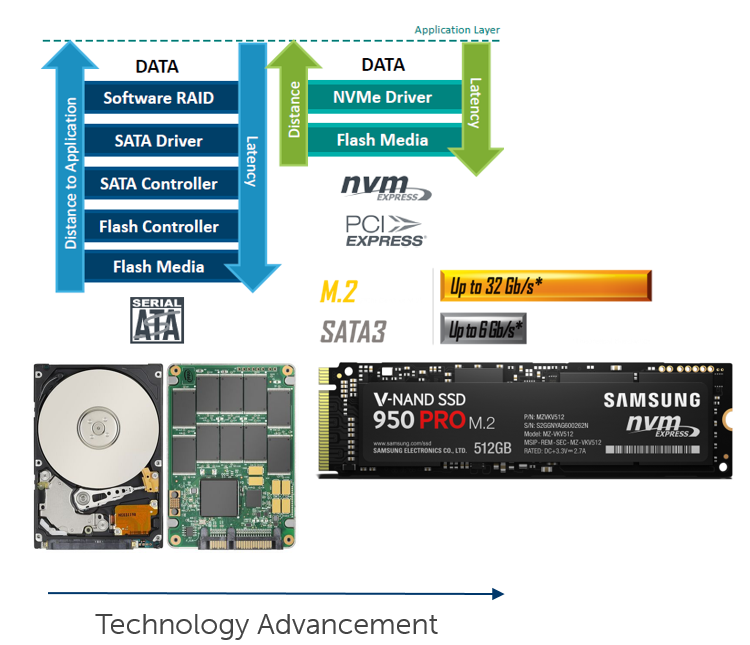 Summary of the image process:

Below is a diagram of how the imaging process works: (See figure 4.)

Figure 4. - Summary of the image process

The Unified Extensible Firmware Interface (UEFI ) is the next generation interface between the operating system and platform firmware. It replaces the antiquated legacy Basic Input/Output System (BIOS), that has been around for years. The UEFI standard was created by the UEFI consortium which consists of over 140 technology companies. UEFI was developed to allow support for new technologies during the booting process before the operating system loads. It is based on the EFI 1.10 specification that was originally published by Intel.

BIOS has significant limitations as it relates to modern hardware. It is limited to only 16-bit processor mode and 1 MB of addressable memory. UEFI on the other hand supports either 32-bit or 64-bit processor mode and can access all of the system’s memory. BIOS uses a Master Boot Record (MBR) for the disk partitioning scheme, whereas UEFI uses a newer partitioning scheme called GUID Partition Table (GPT) which overcomes certain limitations of MBR. UEFI is able to support disk sizes greater than 2 TB.

There are also several security benefits to running UEFI over BIOS on Windows 10 systems. Secure Boot: protects the pre-boot process against root kits/boot kits and requires no additional configuration (other than switching it on once the system is running UEFI). Once enabled, only signed boot loaders will be able to run. Other advantages of UEFI that your end users will appreciate is faster startup times, faster shutdown times, faster sleep times and faster resuming times compared to BIOS based systems.

Lastly, some other key Windows 10 security features that require UEFI are: Credential Guard, Device Guard, Early Launch Anti-malware driver and Measured Boot. With the amount of attacks and data breaches happening today’s age, now is the time to get as secure as possible and take advantage (or at least put your environment in a position to take advantage) of all the security features that Windows 10 offers.

What does UEFI mean for imaging? 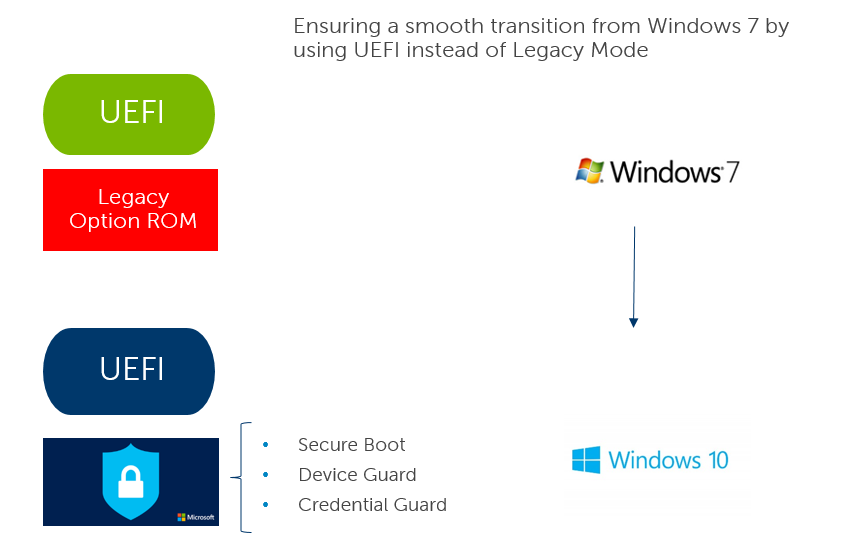 Figure 7. - Using UEFI instead of Legacy Mode for Windows 7

Figure 8. below is an example of a properly formatted UEFI device; the BIOS will not boot to (or show a device) in the UEFI boot list unless the file "Bootx64.efi" can be located under the EFI\Boot directory of a FAT32 formatted device:

On a hard drive the typical OS partition is formatted for NTFS but there is a System partition that will be formatted FAT32 to allow the BIOS to locate the Bootx64.efi file that allows booting to Windows:

Example of where the bootx64.efi file will be located on a USB stick when made correctly (See Figure 9.):

Figure 9. - Where the bootx64.efi file will be located on a USB stick

Below is what the system presents when the F12 key is pressed at POST (some boot options may not be displayed depending on different factors): (See Figure 10.)

Example: Legacy and UEFI Boot Mode images have different characteristics and will only fit in the proper Boot Mode: (See Figure 11.)

In this example the system is set to UEFI mode with Secure Boot OFF (Best for Windows 7 as it does support UEFI but does not support Secure Boot): Either Select Onboard NIC IPv4 for PXE over UEFI or UEFI: USB (for FAT32 formatted USB keys):  (See Figure 12) 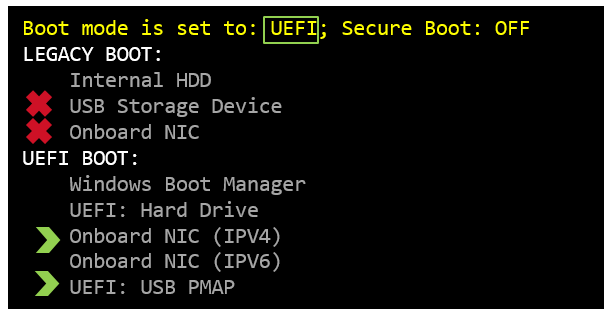 Figure 12. - BIOS is configured for UEFI with Secure Boot OFF

If the Boot mode is set to UEFI, make sure to use UEFI boot options, otherwise an "Operating System Not Found" (or similar) error message will appear after a re-image: (See Figure 13.)

Try switching the boot mode to Legacy and reboot; the system may boot at that time (UEFI is still recommended).

Changing the boot mode from UEFI to Legacy:

Use the arrow keys to navigate to "Change Boot Mode Settings" and press Enter. (See Figures 14-17)

Figure 17 - Final Confirmation of the change

Optimal settings for imaging success in most environments: (See Figure 18)

Figure 18. - Optimal settings for imaging success in most environments

This is how the Boot Sequence list appears in Legacy mode: (See Figure 19.)

NOTE: UEFI Options are disabled but any UEFI bootable device will be displayed at the boot menu.

Figure 19. - How the Boot Sequence list appears in Legacy mode

This is how the Boot Sequence list appears in UEFI mode. (See Figure 20.)

Figure 20. - How the Boot Sequence list appears in UEFI mode

In some cases, the USB key is correctly formatted to FAT32 but the BIOS may not allow a "3rd" boot option by default, you can manually add one by clicking Add Boot Option: 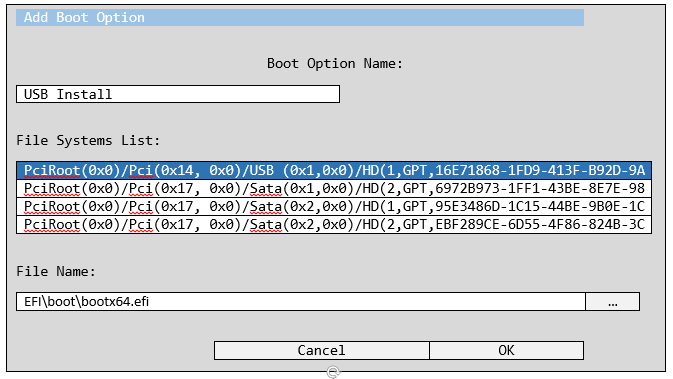 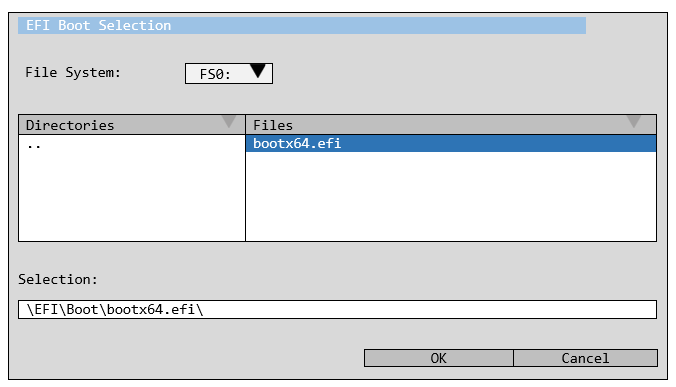 After rebooting, there should be a new option for "UEFI: USB Install" in the list to boot to.

If the customer is still unable to properly image the system, they have an existing imaging method, or are imaging multiple systems they can be referred to the Best Effort Cloud articles that have optimal configurations for various imaging platforms, otherwise IMS (Image Management Solutions) or other third party imaging solutions may need to assist them (at an additional cost).

Top of the Page 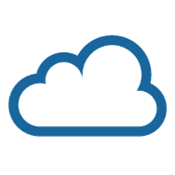 Welcome to the Best Effort Cloud, a repository of information that will provide the necessary information to successfully image Dell systems with various imaging techniques:

Top of the Page