Turn on suggestions
Auto-suggest helps you quickly narrow down your search results by suggesting possible matches as you type.
Showing results for
Search instead for
Did you mean:
Options
Last reply by DELL-Justin C 01-19-2018 Unsolved
Start a Discussion
DELL-Justin C
Moderator
200628 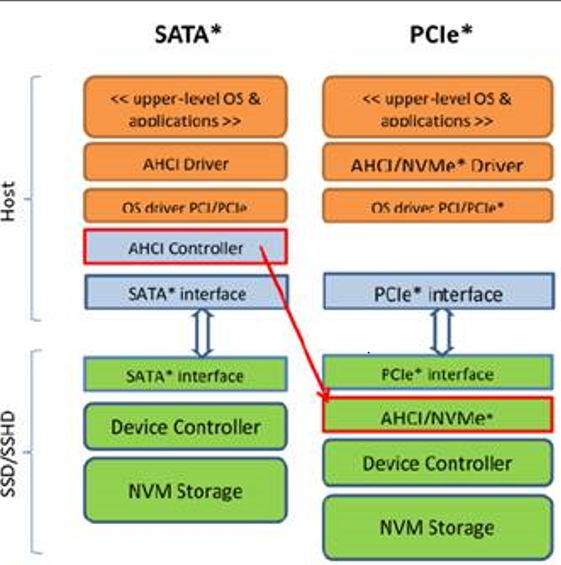 1 person had this problem.
18 Kudos
Reply
Accept as Solution
Replies (49)

i have the same problem which DiscostewSM is facing now.

Can you tell me the solution for this.

I have already send you a friend request.

i had this same problem, and after about 8 fresh installs and a few days i've figured it out. i have the toshiba 512 nvme kxg5.

use rufus to make a bootable usb in UEFI GPT partition

go into bios and select RAID

plug in the usb, boot the laptop hit f12 to get into the boot menu

since it's uefi, it'll show up, boot to the usb

go to install windows, and you won't see your ssd. you'll do the load drivers like before, just make sure that the latest drivers are on a seperate usb drive, not the usb stick you are using to install windows. i did this at first, and even though i was able to find them, they wouldn't load. i'd grab the intel rapid storage drivers and console from your dell page, and extract them, no need to run the exe. pick your appropriate windows and bit type.

doing this will use the intel iastora drivers, that will let your ssd actually be recognized as a ssd and it will show up in the storage console like from your pic above.

if you do get it working, i'd stay away from the big feature windows 10 update, it seems to slow the ssd down some.

I'm having similar issues.  My read and write performance are below what would be expected.

Please let me know how to address this.

Yes, I have one of those NVME 256GB Toshiba drives on it's way to my test-lab here. If I replicate the 300ish speed I'm sending the drive to engineering and will ask them to comment on it's performance numbers.

Send me a friend request with your service tag. I'll add your tag to the other case I'm working.

There are already some benchmarks for Dell 7577 systems online on userbenchmark.

In my opinion this seems to be a driver issue. About one year ago there had been already problems with the Toshiba XG4. Some people used the OCZ RD400 driver to increase the Seq Write.

I think this could be a firmware issue because of very agressive power-saving settings.

Here is a quote from an article where they talk about Toshiba XG5 SSD :

"Toshiba is coy about the XG5's specifications because ultimately the performance of final products varies by OEM. Performance is also dependent on firmware, which companies can adjust based on their thermal and power requirements. For instance, if a company reduces the 3,000 MB/s sequential read performance to 2,800, it might gain an extra 60 minutes of battery life. Then they could market a model with nine hours of battery life instead of eight."

Thank you for your posts and information. I was just speaking with some folks here and they mentioned that: write-cache buffer flushing in Windows is defaulted to 'on' and could be causing the behavior. Using the OCZ driver likely adjusts caching in some way and that could explain the better performance when using that drive.

I did receive a XG5 drive and have duplicated the behavior mentioned in this thread. I have not tried disabling write-cache buffer flushing yet however. I'm going to do that next week and get back with results.

I recommend you turn off Windows write-cache buffer flushing on the device and then see what happens. You can do so by going to device manager, right clicking the drive's properties then:

Write-cache buffer flushing is already deactivated on my side, I did it just after reinstalling Windows 10.

"I recommend you turn off Windows write-cache buffer flushing on the device and then see what happens."

This results in strange benchmarks: Results frome someone who changed RAID to AHCI and using stornvme: Thank you for those results Diken1. I'm planning to test my drive again with Windows write-cache buffer flushing turned off and will get back with results.