The fans are constantly running on AC-charging. Thats fine. I understand, that the XPS gets a little hotter whle charging, so I am Ok with the fan noise.
While on AC without charging (I limit the charge to 90% in the Power Manager and start only if below 75%) the fans kick in sometimes on little load. And if the load stays, the fans are also constantly on. Thats also fine.

But the really annoying thing is when the fans go on and off in an approximately 3 second cycle.

After BIOS 1.7 I noticed that the fans kick in on Battery when the dGPU is activated. So for example I start Lightroom and the nvidia card activates.-> The fans go on and off in an never ending cycle. (They end, when I exit lightroom).

I tried the Temperature/Fan-Control in the Power Manager. There is no difference between Optimized-Mode, Quiet Mode or the Ultra Performance Mode.

Before BIOS 1.7 I didn't notice such a behaviour. It is like the fan curve was equipped with an extra setting to start the fans whenever the dGPU is on without looking at the temperature.

Is it possible to let the fans kick in only if the CPU or GPU is over 60°C and let them run until they are below 50°C. I can't think of how a short burst of fan power could make a positive impact on cooling the device. Sometimes the CPU is just used for a second to turn on an application and therefore goes just above ~50°C for a very short time. The fans start to spin a burst. Then the CPU goes Idle and and the temps are again below ~50°C. And they would reached it even without fans. But thats another issue.

EDIT: I posted this video of the described issue on the second page. Just want to add it here in the first post for completion. 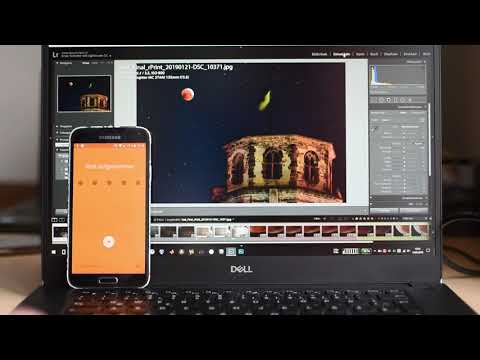 XPS 15 Fan Issue when dGPU is activated or triggered
youtube.com/watch?v=7_w4lRP7rCo
Short video clip of the issue, I described in the Dell forum. In this clip I put my phone as a microphone near the fan. So it is easier to hear it. The mic o...
1 Kudo
Share
39 Replies
Highlighted

I just did the upgrade to bios 1.7 and got the exact same problem. I had also installed CAM software to monitor temperature and it was that software causing the issue. Once uninstalled all went back to normal like it was before. No more on and off fans every 3 seconds.

I just tried it without any monitoring application. I even closed Throttlestop because it also provides temperature information.

Waited till any windows task was finished so that no load on the CPU was present.

Nvidia card is used. Therefore the fans are on.

The only difference I kinda noticed was that now there is no 3sec fan-off time. The moment the fan goes silent, it immediately starts spinning again.

In short, the issue is still there and I don't think Dell will even bother to look into it.

I am just hoping that in one of the next BIOS updates they just change something which will have a positive impact on my described issue.

I think there was a solution or workaround in another thread, something like setting the GPU performance mode from Maximum to Optimized or such.

I just tried it. And it kinda changes something.

Now the fans don't start immediately. After 15-20 seconds the first fan burst starts. From there on it is like it was before. So it does not solve the issue.

Besides 'adaptiv' i also had tried the mode 'controlled by nvidia driver'. Also not the solution.

Hi, unfortunately I have the Same problem as you do with bios1.7.0.

I did however found a workaround solution on this problem back when I was still in bios 1.6.0; to change the thermal management setting under Dell power manager app to ultra performance, and my device keep silent under light to medium load even on AC power.

Sadly this method doesn't seem to work anymore, at least not for me. But maybe you can try and see if it helps. Cheers

Yeah, this method doesn't work for me either.

NicoNine
2 Bronze
I have this issue also on my XPS-15-9570 on bios 1.7. Think it the problem was also in bios 1.6. Cpu temps a 42C on all cores and fan start spinning up slow for 5 seconds and then back to silent. Sometimes they give a short pulse to max for a few seconds and back to off. Any dell representative can look into this issue?
2 Kudos
Share
Highlighted Thank you for your message. I will be glad to assist you with this.

Is the issue observed when you are running a non-CPU/ GPU intensive application?

Download & save the following drivers to your desktop screen.

BIOS (even if you have the latest version)

Open device manager – expand IDPTF- right click on the driver & click on uninstall (check the box that says delete driver) do not restart the computer. Install the Chipset driver followed by the IDPTF & BIOS.

For my reference, please click on the message tab next to your avatar– click “New Message” & search for my Dell username (Sreejith R) & send a private message with the service tag, registered name & email address.

How to locate the service tag

Current Status:
-BIOS 1.8.1
-All Drivers up to date
-Windows 10 1809 everything up to date
-Dell Power Manager on "Optimized Mode" for fan control
-Nvidia control settings for energy mode are set to "adaptive"

The behaviour while on AC is described in the first post of this thread.

The fans are constantly running on AC-charging. Thats fine. I understand, that the XPS gets a little hotter whle charging, so I am Ok with the fan noise.
While on AC without charging (I limit the charge to 90% in the Power Manager and start only if below 75%) the fans kick in sometimes on little load. And if the load stays, the fans are also constantly on. Thats also fine.

It isn't really an issue with intensive applications.
Just when the nvidia gpu is active. And it doesn't have to be on load. If I start lightroom and just don't do anything, there is no load. But the fan issue is there.
I don't know how to activate the dGPU with no load in another way?

I will now try to reinstall the drivers that you mentioned.
If will update if it solves the issue.


Some other issues:
--------
Currently my left fan does make some constant grinding noise. Started a few weeks ago. This makes the whole fan noise problem more annoying.
On the other hand I don't here the coil whine when the fan is running. WOW.
The Killer-WiFi card does not connect always after waking up from Standby. I have to go in hibernate or restart so that it works again. On reddit there was a guy who said, DELL changed his wfi card from Killer to Intel. Maybe this will work for me too.
The hinge also seems to be problematic. If I hold the notebook closed in one hand at the hinge, so that the opening shows straight in the air, it is constantly clapping. The first 2mm seem to be just too loose. On this one I don't know if its just normal respectively a design flaw.

In the case of this hardware issues I will get in touch with DELL because I have Premium Support until October. This should include on site repair?

But I am currently busy and need my notebook to function for the next month. After that Dell can start to repair it. Its too much risk for me to let someone try to repair it and maybe bricking the whole unit.

Its just stressing too have that many bugs on such a device. I really like the XPS. Its like having a super car, but there is constant oil leaking, radio issues, flat tyres, ... and you have to work a lot to have it function properly. In its basic function it still runs, but you have that feeling that it will eventually fail.
--------

I will send you a message with my service tag