The following article provides information based on Frequently Asked Questions (FAQs) that Dell has received about the Dell Command Deploy Driver packs.

Show all | Hide all

Why is the driver cab not having any Bluetooth drivers although the device supports it?

Bluetooth radio support comes with various devices and you would primarily see it with the WIFI cards. The Bluetooth driver isn’t included because they aren’t compatible with the INF-centric installation that is used by SCCM/MDT etc. Our driver cabs are primarily provided for automated deployment through software packages like SCCM/MDT …

I get a yellow bang on a Bluetooth device when I use this driver cab. What should I do?

Bluetooth drivers aren’t included in the driver cab for reasons said above. It is expected as of this writing that, with the currently available Operating Systems provided by Microsoft, an inbox driver (Generic Bluetooth Radio) will be installed for Bluetooth. There are inbox drivers for various Bluetooth profiles. However since you are seeing a yellow bang, you can look up for a Bluetooth driver package from  Dell Support. This package (DUP package) has to be installed manually. It shouldn’t be used by extracting the contents and then using the extracted contents (perhaps as part of a compressed file) for remote deployment.

Why do I not find "Thunderbolt" driver in the driver cab?

Thunderbolt drivers have similar issues as seen in Bluetooth drivers. They can’t be used in the SCCM environment or installed correctly using just the device manager. We are working with the IHV to fix this issue.

Why did my deployment of Windows 7 fail with the error message, "The computer restarted unexpectedly or encountered an unexpected error? Windows installation cannot proceed. To install Windows, click "OK" to restart the computer, and then restart the installation." OR I have components that didn't install drivers that are in my driver package?

included in your base image.

) as part of the image preemptively. So that same image can be used for OSD. This will avoid the unexpected reboot during OSD.

This issue applies to Window 7 OS:

1.1. If the Win7 cab includes any driver consisting of wdfcoinstaller01011.dll (initiates KMDF upgrade to 1.11).

2.2. If the image does not include any security updates or patches affecting KMDF components (example KB2808735) then OS deployment might not fail, but it will prompt for a reboot when User logins for the first time.

I am getting a pop-up during the final stages of OS installation (via SCCM/MDT etc.). The error says the service couldn't start because msvcr100.dll is missing. However when I click "OK" it continues the installation. What has failed during installation?

msvcr100.dll is a run-time library version. This popup would appear if the OS being deployed doesn't have this runtime library. One of the drivers being deployed may rely on this DLL file. You can refer below links to understand the issue and get the fixes.

At the time of this writing, the library can be downloaded using the following links...

After installing the above, the missing driver can be installed by extracting it from the .CAB file and pointing to the .INF file. (with device manager)

I have installed the Microsoft Windows 7 operating system. In the device manager, I can see a yellow bang and the device id is shown as ACPI\MSFT0101. What driver am I missing?

With the introduction of TPM 2.0 Microsoft has released a hotfix, to support the new TPM modules for, Microsoft Windows 7 OS variants. The ACPI recognizes this device as ACPI\MSFT0101. The KB article and hotfix is available as of this writing at the following link:

How to get native NVMe support for Windows 7?

If your platform supports NVMe for PCIe and the operating system is Microsoft Windows 7, it will need a hotfix to provide native support for NVMe for PCIe.

The following link provides the advisory...

However, installing this KB can also present a BSOD. Microsoft has provided a fix for this issue. Please refer to the following link for the hotfix, for the STOP error (if you might see one) after installing KB2990941.

To resolve this, you must apply the following KB:

Is there anything special I need to do to prepare for Windows 10?

Yes, to properly prepare your systems for Windows 10, update the platform BIOS with the latest update. The system components below are not supported with Windows 10, updating to latest BIOS will not show these devices in device manager

Some drivers are missing from the Win10 cab. Where do I get them?

Some drivers are only available through Windows Update and some are yet to be released and will be included in a future CAB.

I am using Microsoft Windows 7 x64 operating system. One of the driver updates gets installed but there is a yellow exclamation mark seen on device manager. In another case, the same driver is not installed at all and the logs complain a digital signature issue. Is this possible that driver cabs contain drivers that are not digitally signed?

Drivers are tested for being digitally signed well before they are made available to dell.com/support. They again go under rigorous testing before they are included in the driver cab. There are so many reasons why the system would complain that drivers are not signed. Ensure that the operating system’s certificate enrollment policy is not switched off. If you are connected to a domain then the enrollment pulls certificate information from the domain controller if configured so. There are this and many other settings to ensure the system understands the digital signature.

There is a new scenario that is being seen recently as Microsoft has released a security update for windows 7 x64 systems around March. Windows 7 systems use SHA-1 as a hash algorithm for digital signatures. This hashing algorithm is now considered less secure and hence they have provided a security update for allowing Windows 7 x64 systems to use SHA-2 that is available by default in later systems (Windows 8 and above). Some Hardware Vendors have considered changing the digital signature algorithm used for their drivers, where for Windows 7 drivers they are using SHA-2 as the default hashing algorithm. Hence if you try to install these drivers in a Windows 7 x64 system they will fail.

Please check the problem system to see if KB3033929 has been pushed. If not, this might fix the issue. The relevant links are below... 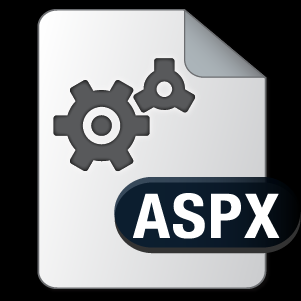 Why is there an exclamation mark present on the device manager, for Intel 8260 Bluetooth device, after installation?

The latest versions of Bluetooth drivers provided for Intel 8260 Bluetooth modules may present an exclamation mark on device manager after install. This is because the driver tries to update the firmware and while doing so it looks for some related files in C:\ drive specifically. We are working with Intel on the bug-fix and we expect to bundle the fix in our upcoming driver cabs. Meanwhile, the workaround is to force deployment of the Operating system to C:\ drive.

SCCM users can refer the below link to force the installation of the Operating System to the C:\ drive.

For others who already have an OS deployed to a drive other than C:\ the following command could help:

Advanced workstations - T7610/R7610/T7910/R7910 provide support for Intel Phi co-processor card. However, we do not provide factory Install or driver cab support for these drivers. Drivers won't be included in driver cabs for Windows 7, Windows 8, Windows 8.1 and Windows 10 operating systems. Inclusion of the drivers has presented BSODs in the past. Also to put this device to use one will have to install the entire MPSS software stack provided by Intel. MPSS should also install the necessary drivers required for this device to function.

This driver is also available from dell.com/support for the respective products.

My driver installation fails. The error in the setup log suggests it has timed out. What would be the cause?

There are two cases of timeout one that is due to the delayed activation of the co-installer supplied with the driver and second due to driver signature checking related activity. For the former, we would usually provide you with a better solution in the subsequent release of our cab. For the latter, Microsoft has already documented this fact. Please refer to below KB article. 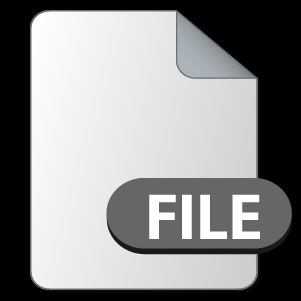 Why is the driver cab missing Intel USB 3.0 switch component in the USB 3.0 driver?

Windows 7 USB driver stack is built to support USB 2.0 only. However, the USB 3.0 option was provided to vendors. Hence the entire USB 3.0 stack including support for innate USB 2.0 stack is provided by the vendor of the device through the driver they provide. Therefore for Windows 7, it was required that a switch be made from USB 2.0 to USB 3.0 as there was no direct support for USB 3.0. This is achieved by the iusbhcs.sys component provided in the Intel driver package. However, it is also a requirement that this driver is installed only via setup.exe application or a similar driver installation program. This is against the INF-installation method that is supported by SCCM/MDT or even DPInst and such utilities. We have observed BSODs in case the HCS was included and installed via the INF file. Hence we do not pack this component. To achieve full USB 3.0 functionality one would still want to run the setup.exe application that DELL provides via the drivers available in  Dell Support  (of the format Self-extractable installer executable – DUP).

Why does MDT have issues importing Driver Packs?

The latest Control Vault drivers are packaged with both driver and firmware together. And there is a file named current_version in the firmware folder without a file extension. MDT does not recognize files without extensions hence this driver import fails.

Broadcom is planning a driver update for addressing this issue. Meanwhile, Control Vault applications can be installed as part of the task sequence.

It is a known issue with Dell Command Integration Suite which will be fixed in the next release. As a workaround, import the failed drivers manually to the Configuration Manager Console and add to the Driver Packages.

Kindly refer to the following link to import Drivers manually:

Why ‘Apply Driver Package’ task is failing with Windows7 OS while installing one of the Drivers with ADK 1607?

The issue is currently under investigation by Microsoft. The problem seems to be caused by DISM trying to load the registry of the offline OS when it has not finished unloading the registry from a previous driver install registry load. This issue primarily happens on faster PCs with SSD drives, mainly SSD NVME drives, but can occur on any PC.