AMD Rome – is it for real? Architecture and initial HPC performance

code-named Rome hardly needs an introduction. We have been evaluating Rome-based systems in the HPC and AI Innovation Lab these last few months and Dell Technologies recently announced

One of the biggest architectural differences between Naples and Rome that benefits HPC is the new IO die in Rome. In Rome, each processor is a multi-chip package comprised of up to 9 chiplets as shown in Figure.1. There is one central 14nm IO die that contains all the IO and memory functions – think memory controllers, Infinity fabric links within the socket and inter-socket connectivity, and PCI-e. There are eight memory controllers per socket that support eight memory channels running DDR4 at 3200 MT/s. A single-socket server can support up to 130 PCIe Gen4 lanes. A dual-socket system can support up to 160 PCIe Gen4 lanes. 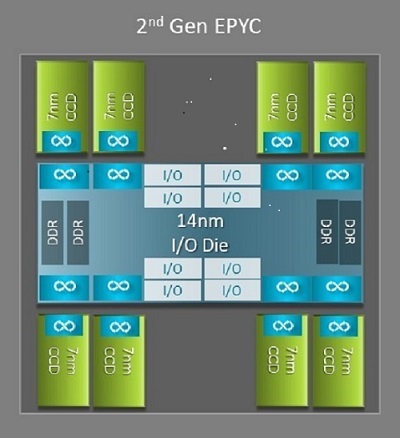 (Figure.1 Rome multi-chip package with one central IO die and up to eight-core dies)

Surrounding the central IO die are up to eight 7nm core chiplets. The core chiplet is called a Core Cache die or CCD. Each CCD has CPU cores based on the Zen2 micro-architecture, L2 cache and 32MB L3 cache. The CCD itself has two Core Cache Complexes (CCX),

have different numbers of cores,

but all have one central IO die.

At the top end is a 64 core CPU model, for example, the EPYC 7702. lstopo output shows us this processor has 16 CCXs per socket, each CCX has four cores as shown in Figure.3 & 4, thus yielding 64 cores per socket. 16MB L3 per CCX i.e. 32MB L3 per CCD gives this processor a total of 256MB L3 cache. Note, however, the total L3 cache in Rome is not shared by all cores. The 16MB L3 cache in each CCX is independent and is shared only by the cores in the CCX as depicted in Figure.2. 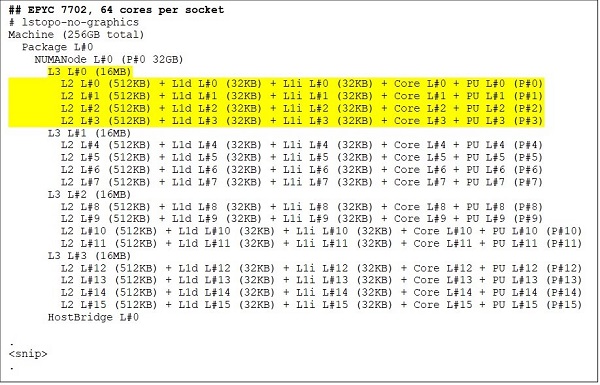 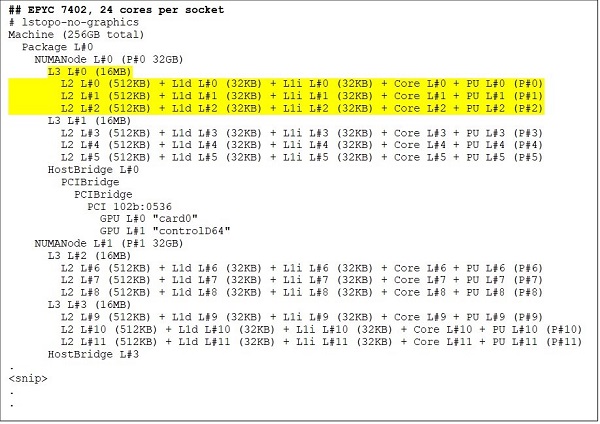 No matter the number of CCDs, each Rome processor is logically divided into four quadrants with CCDs distributed as evenly across the quadrants as possible and two memory channels in each quadrant. The central IO die can be thought of as logically supporting the four quadrants of the socket.

BIOS options based on Rome architecture

over those measured in Naples. Additionally, it allows the CPU to be configured as a single NUMA domain enabling uniform memory access for all the cores in the socket. This is explained below.

The four logical quadrants in a Rome processor allow the CPU to be partitioned into different NUMA domains. This setting is called NUMA per socket or NPS.

Where available, NPS4 is recommended for HPC since it is expected to provide the best memory bandwidth, lowest memory latencies, and our applications tend to be NUMA-aware. Where NPS4 is not available we recommend the highest NPS supported by the CPU model - NPS2, or even NPS1.

Given the multitude of NUMA options available on Rome-based platforms, the PowerEdge BIOS  allows two different core enumeration methods under MADT enumeration. Linear enumeration numbers cores in order, filling one CCX, CCD, socket before moving to the next socket. On a 32c CPU, cores 0 through 31 will be on the first socket, cores 32-63 on the second socket. Round robin enumeration numbers the cores across NUMA regions. In this case, even numbered cores will be on the first socket, odd-numbered cores on the second socket. For simplicity, we recommend linear enumeration for HPC. See Figure.5 for an example of linear core enumeration on a dual-socket 64c server configured in NPS4. In the figure, each box of four cores is a CCX, each set of contiguous eight cores is a CCD.

Another Rome-specific BIOS option is called Preferred IO Device. This is an important tuning knob for InfiniBand bandwidth and message rate. It allows the platform to prioritize traffic for one IO device. This option is available on one-socket as well as two-socket Rome platforms and the InfiniBand device in the platform must be selected as the preferred device in the BIOS menu to achieve full message rate when all CPU cores are active.

Similar to Naples, Rome also allows CCX as NUMA Domain. This option exposes each CCX as a NUMA node. On a system with dual-socket CPUs with 16 CCXs per CPU, this setting will expose 32 NUMA domains. In this example, each socket has 8 CCDs, i.e. 16 CCX. Each CCX can be enabled as its own NUMA domain, giving 16 NUMA nodes per socket and 32 in a two-socket system. For HPC, we recommend leaving CCX as NUMA Domain at the default option of disabled. Enabling this option is expected to help virtualized environments.

Similar to Naples, Rome allows the system to be set in Performance Determinism or Power Determinism mode. In Performance Determinism, the system operates at the expected frequency for the CPU model reducing variability across multiple servers. In Power Determinism, the system operates at the maximum available TDP of the CPU model. This amplifies part to part variation in the manufacturing process, allowing some servers to be faster than others. All servers may consume the maximum rated power of the CPU, making the power consumption deterministic, but allowing for some performance variation across multiple servers.

Many of our readers might have jumped straight to this section, so we’ll dive right in.

In the HPC and AI Innovation Lab, we have built out a 64-server Rome-based cluster we’re calling Minerva. In addition to the homogenous Minerva cluster, we have a few other Rome CPU samples we were able to evaluate. Our testbed is described in Table.1 and Table.2.

Memory bandwidth tests on Rome are presented in Figure.6, these tests were run in NPS4 mode. We measured ~270-300 GB/s memory bandwidth on our dual-socket PowerEdge C6525 when using all the cores in the server across the four CPU models listed in Table.1. When only one core is used per CCX, the system memory bandwidth is ~9-17% higher than that measured with all cores.

Most HPC workloads will either fully subscribe all the cores in the system, or HPC centers run in high throughput mode with multiple jobs on each server. Hence the all-core memory bandwidth is the more accurate representation of the memory bandwidth and memory-bandwidth-per-core capabilities of the system.

Figure.6 also plots the memory bandwidth measured on the previous generation EPYC Naples platform, which also supported eight memory channels per socket but running at 2667 MT/s. The Rome platform provides 5% to 19% better total memory bandwidth than Naples, and this is predominantly due to the faster 3200 MT/s memory. Even with 64c per socket, the Rome system can deliver upwards of 2 GB/s/core.

Note: A 5-10% performance variation in STREAM Triad results was measured across multiple identically configured Rome-based servers, the results below should, therefore, be assumed to be the top-end of the range.


Comparing the different NPS configuration, ~13% higher memory bandwidth was measured with NPS4 as compared to NPS1 as shown in Figure.7. 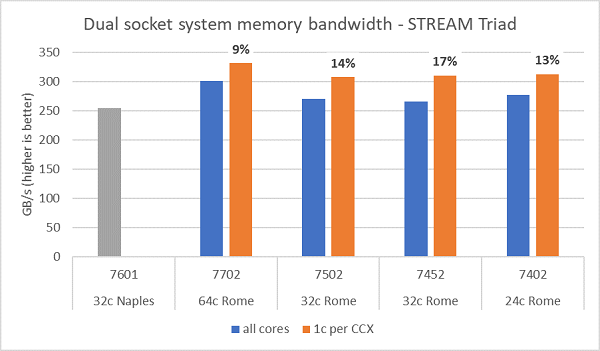 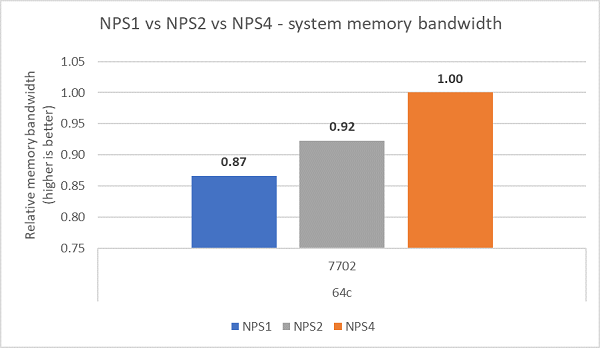 Figure.8 plots the single-core InfiniBand bandwidth for uni-directional and bi-directional tests. The testbed used HDR100 running at 100 Gbps, and the graph shows the expected line-rate performance for these tests. 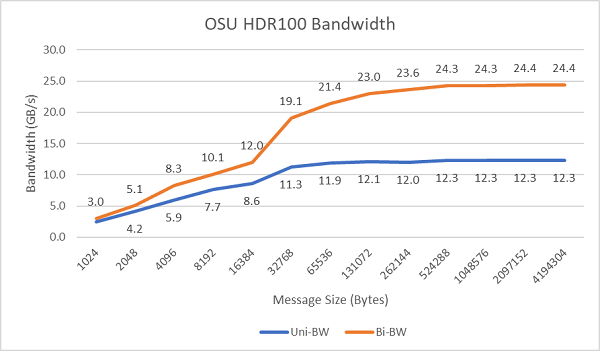 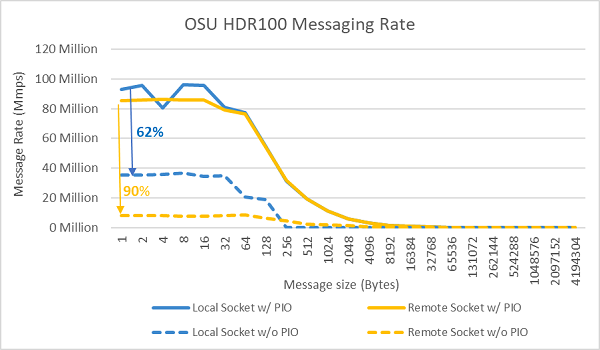 Message rate tests were conducted next using all the cores on a socket in the two servers under test. When Preferred IO is enabled in the BIOS and the ConnectX-6 HDR100 adapter is configured as the preferred device, the all-core message rate is significantly higher than when Preferred IO is not enabled as shown in Figure.9. This illustrates the importance of this BIOS option when tuning for HPC and especially for multi-node application scalability.

The Rome micro-architecture can retire 16 DP FLOP/cycle, double that of Naples which was 8 FLOPS/cycle. This gives Rome 4x the theoretical peak FLOPS over Naples, 2x from the enhanced floating-point capability, and 2x from double the number of cores (64c vs 32c). Figure.10 plots the measured HPL results for the four Rome CPU models we tested, along with our previous results from a Naples-based system. The Rome HPL efficiency is noted as the percentage value above the bars on the graph and is higher for the lower TDP CPU models.

Tests were run in Power Determinism mode, and a ~5% delta in performance was measured across 64 identically configured servers, the results here are thus in that performance band. 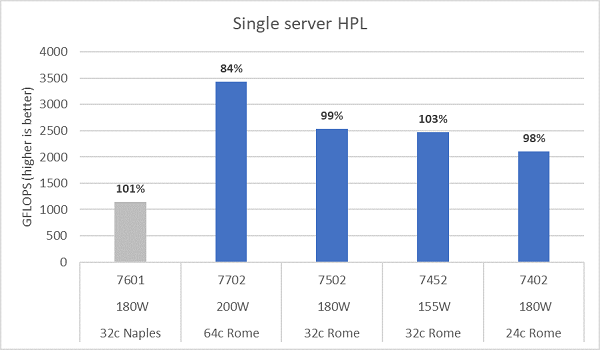 Next multi-node HPL tests were executed and those results are plotted in Figure.11. The HPL efficiencies for EPYC 7452 remain above 90% at a 64-node scale, but the dips in efficiency from 102% down to 97% and back up to 99% need further evaluation 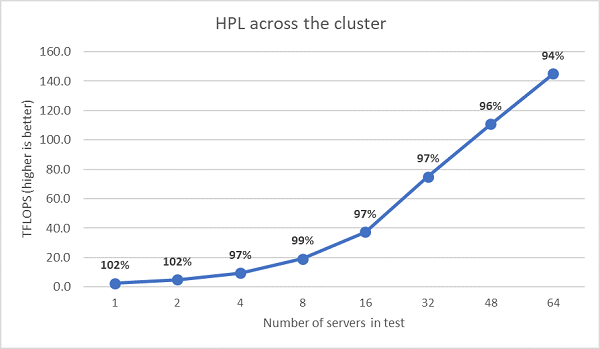 Summary and what’s coming next

Initial performance studies on Rome based servers show expected performance for our first set of HPC benchmarks. BIOS tuning is important when configuring for best performance, and tuning options are available in our BIOS HPC workload profile that can be configured in the factory or set using Dell EMC systems management utilities.

The HPC and AI Innovation Lab have a new 64-server Rome based PowerEdge cluster Minerva. Watch this space for subsequent blogs that describe application performance studies on our new Minerva cluster.