In recent years, alternatives to hard disc drives (HDDs) have been touted as the next evolution in storage, with less power required during active data transfer and almost none when in standby mode. An alternative is needed as current HDDs, while growing in storage capacity, are also prone to failure. Few manufacturers provide warranties of more than 12 months.

Solid-state drives (SSDs) and onboard flash solutions seem the most promising of these alternatives, and increased speed is a tangible benefit that enhances productivity and performance on everything from netbooks to servers and high performance computing (HPC). Another benefit is that there are no moving parts, which reduces the likelihood of failure, unlike HDDs, which routinely require a redundant array of independent disks (RAID) and additional backups to maintain essential data when drives fail unexpectedly.

A December 2012 international survey from SMART Storage Systemsindicated that 52 percent of 722 enterprises polled had already incorporated SSDs into their information technology infrastructure, either as a total storage solution or in setups linked to standard HDDs. However, the study identified endurance (or life span) and cost as widespread barriers to widespread SSD use.

Seventy-seven percent of those surveyed said that NAND flash (a type of memory that does not require power to retain data and is commonly used in MP3 players and memory sticks) endurance is key to adoption, and 55 percent believed cost was the number one barrier to all-flash storage adoption.

Matthew Mackender, Europe, Middle East and Africa SSD business manager atKingston Technology, a multinational computer technology corporation, believes cost is no longer a barrier. “Although the performance gains of SSD versus HDD have never been in doubt, the higher cost has historically deterred some from making the jump to SSD. However, with prices for consumer grade SSDs falling below $1 per gigabyte (GB) in 2013 and set to drop further, the price/performance ratio is now at a point that is very interesting as the adoption rate is continuing to increase.”

HDDs: down but not out

Enterprises seeking performance upgrades can incorporate SSDs into environments where speed is crucial but are unlikely to omit HDDs from their storage planning programs. HDDs can store terabytes (TB) of data and entry-level SSDs currently top out at 1 TB, with dramatic cost increases once the capacity exceeds 240 GB. A 256-GB SSD drive currently costs around $300 but a 1-TB HDD costs $100. An equivalent 1-TB SSD drive costs more than $600 and can increase depending on type, with two currently on the market, namely multi-level cell (MLC) and single-level cell (SLC), with SLC offering higher endurance (number of manufacturer-rated program/erase cycles before failure).

Ben Ow, president and CEO of StoAmigo, a Las Vegas-based provider of secure social cloud solutions, is an advocate of SSD technology and believes that SSD will eventually replace HDDs.

“As the solid-state devices become more cost effective, they’ll eventually push aside the legacy platter- drive type devices,” says Ow. “Solid-state devices can be engineered down to much smaller sizes, allowing them to be utilized in far more consumer products and applications than legacy counterparts.”

Adds Mackender: “Not all SSDs are the same, and some are more suited than others for different environments. So my advice would be to know your environment and its requirements.”

Early adoption: the pros and cons

For the moment, it seems that both offer advantages, and many common PC setups use SSDs for OS and program installation, while using HDDs as primary data storage for documents and other data. This improves performance as the HDD is only used for data storage and retrieval.

“By hosting your operating system on a solid state drive, you can experience dramatically quicker data transfer rates, faster functional operation of your system, and a boost in overall performance,” says Ow.

However, given that SSDs are an evolving technology, once costs per GB decrease and storage capacities increase to HDD levels, SSDs are likely to be universally adopted.

“The performance gains that can be achieved at all levels of your business are priceless,” Mackender says. “From the client systems all the way up to the servers, SSDs are, for me, the only logical choice.”

Adds Cox: “For new deployments, SSDs should be at the top of the choice list. This can only be [achieved] with flash or other chip-based technologies providing the storage for applications. Even for existing deployments, retrofitting HDDs with SSDs will provide an instant performance and [total cost of ownership] improvement boost.”

HDD developers may create innovations, including the use of SSD features with limited functionality. These features may improve functionality but all signs point to increased use of SSDs. “The capacity gains through denser HDDs are slowing and flash-based solid-state drives are projected to surpass HDD capacities over the next couple of years,” says Cox. 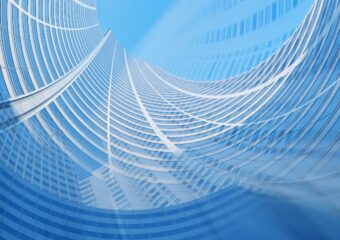 Innovation
How Flexibility is Redefining NAS for the Data Era
Sep 15, 2021David Noy

Company Updates
HDDs versus flash storage: And the winner is…
Mar 31, 2014Power More