Welcome to the latest edition of the Weekly Recap, your guide to the week's Dell-related news and happenings.

Story of the Week

Dell covers all the Windows 8 bases with new XPS models ZDNet – August 30, 2012
If you want to know what this fall's Windows 8 hardware menu will look like, look at Dell's three new models. The trio cover all the bases, from tiny Windows RT tablets to a giant all-in-one with a Retina-like quad-HD display.

Take Me to Your Leader: A look at Alienware with Dell PC World – August 30, 2012
PC World looks at where gaming-focused PC vendor, Alienware, stands following its acquisition by Dell half a decade ago.

Dell XPS One 27 touch screen pictures and hands-on Pocket-lint – August 30, 2012
Remember a while ago Dell promised that it would make a touch screen version of its huge XPS One 27 all-in-one computer? Well, looks like they came good on that promise, unveiling what has to be one of the biggest touch screen computers we have seen.

Dell’s XPS 10 Tablet Is What a Laptop/Tablet Hybrid Is Supposed to Look Like Gizmodo – August 30, 2012
There are a lot of hybrid tablets coming out this fall. But while the ones we've seen seem to be splitting the difference, Dell seems to be focusing on the best parts of either laptop or tablet.

How to Donate or Recycle Phones, Computers and Electronics Huffington Post – August 29, 2012
The rise of technology has created an unprecedented level of global connection, at a faster and faster pace. It's simpler than ever to do things like work with thousands of strangers to achieve a common goal, or help an entrepreneur get up and running anywhere on the globe.

IDC: IBM, HP See Server Revenue Fall in Q2, Dell's Revenue Grows PC World – August 29, 2012
IBM and Hewlett-Packard tied for the top position in server factory revenue in the second quarter, with a 29.2 and 29.6 percent share respectively, IDC said on Tuesday. But Dell was the only vendor among the top five whose server revenue increased.

Dell to SonicWall partners: As you were CRN – August 29, 2012
Dell claims SonicWall's 800 UK partners will be the same if not better off under its wing as it "grandfathers" them into its PartnerDirect scheme.

Dell demonstrates dedication to private cloud cause Cloud Pro – August 28, 2012
Dell has launched a new Infrastructure-as-a-Service (IaaS) private cloud offering to build upon the success of its existing public and hybrid cloud services.

VMware, Dell team up on turnkey virtual desktop infrastructure ZDNet – August 28, 2012
VMware and Dell are "doubling down" on desktop virtualization with new infrastructure based on VMware View.

Michael Dell unfazed by post-PC era, describes it as 'pretty good for PCs so far' The Verge – August 28, 2012
Michael Dell, founder and CEO of Dell, doesn't seem too concerned about the post-PC era of computing that Apple regularly uses to describe an era where desktop PCs are less relevant in a world of mobile computing.

Female Entrepreneurial Success Spotlighted By Dell Women 2.0 – Auguts 25, 2012
The most amazing statistic from the 2012 Dell Women’s Global Entrepreneurship Study is that in India, women entrepreneurs expect a median growth of their business by 90% over the next five years!

“We wanted to provide partners with another area to grow their business. This gives current partners a chance to do that, and it also gives us a home for the Wyse partners that joined Dell in the last several months… It's pretty straight forward for Wyse partners to achieve the competency, and we also want to build a program to enhance the skills of all partners. We're trying to help partners sell a full desktop virtualization solution across the entire Dell stack." – Bob Skelley, executive director of global certified partner program and channel, Dell

Click here for previous Dell In The News posts.

About the Author: Chris Byrd 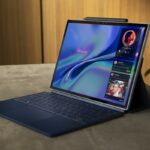