Wanna turn off the lights? Seriously. Everybody’s doing it.

Maybe I should explain.

Back in 2007 the city of Sydney, Australia, started something called “Earth Hour.” On a specified night at a specified time, 2.2 million homes and businesses switched off their lights for an hour. They did it to show that our energy resources are limited, that our decisions matter, and that our actions can make a difference – not just for an hour, of course, but all the time.

People all over the world paid attention.

In 2008, 50 million people switched off their lights for an hour worldwide. Global landmarks like the Golden Gate Bridge in San Francisco and Rome’s Colosseum stood in darkness.

This year we’ll see (or not see, depending on how you look at it) even more landmarks and people flicking the switch in solidarity. The Acropolis? Dark for Earth Hour. The Empire State building? Dark. The Sphinx and Great Pyramids of Giza? Lights out for them as well.

Edward Norton is the US ambassodor for Earth Hour. He recently discussed it with Larry King in this video:

So, the question is “What will you be doing this Saturday night, March 28, at 8:30?” Well, here at Dell and ReGeneration.org we’re encouraging people to be home with their lights out – or out watching their city’s skyline go dark. We’re even going dark in Dell facilities around the world.

So, what do you say? Wanna turn off the lights this Saturday?

About the Author: Dane Parker 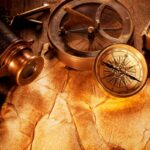